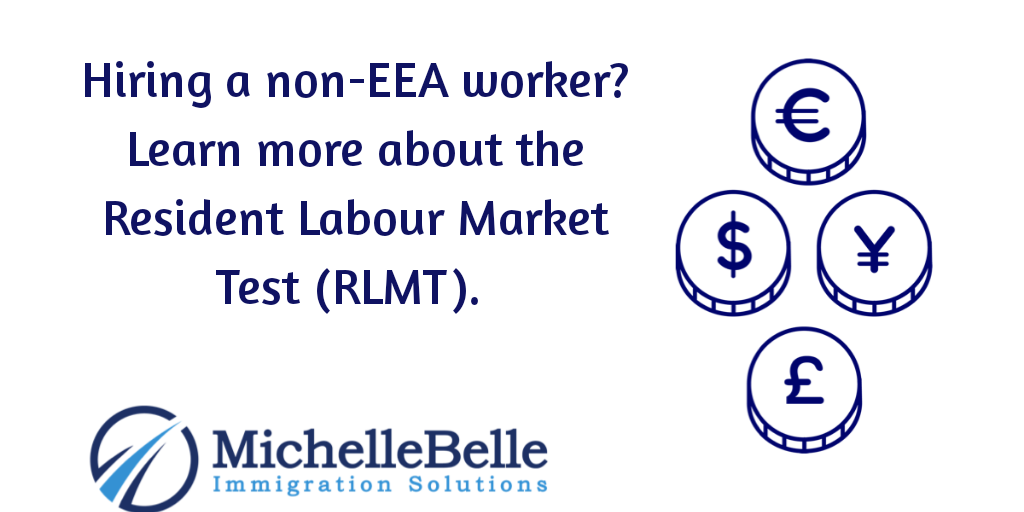 RLMT is the compulsory advertising process an employer must undertake before they can offer a job that is not on the Shortage Occupation list to a non-EEA foreign worker. The RLMT ensures that settled workers are given an equal chance to apply and be considered for the job.

It preserves and promotes the settled UK workforce by requiring UK employers to exhaust options in the resident labour market before recruiting nationals from outside the EEA.

This is a requirement an employer must fulfil before it can apply for a certificate of sponsorship if the job is not listed under the shortage occupation list.

Who are Settled Workers?

Settled workers are those who have Indefinite Leave to Remain (a visa with no end date) or for other reasons do not have restrictions on their stay in the UK.

If there are no suitably qualified or skilled settled workers available to take up the position, only then will the employer be permitted to bring in a foreign/migrant worker.

Employers can only employ a migrant if:

How to carry out the Resident Labour Market Test

Employers must advertise the job to settled workers for 28 calendar days except if it falls under the exceptions. The role can be advertised in two ways as shown below:

They must place two advertisements which must be in English or Welsh and it must include all of the following:

• the main duties and responsibilities of the job (job description)

• the location of the job

• an indication of the salary package (including allowances) or salary range or terms on offer.

All jobs must be advertised at least through 2 mediums. The first method is online through the relevant online government job-search service for example Find a Job, JobCentre Online, or Teaching Vacancies, while the second method could be either a national newspaper, professional journal or other online services.

The salary rate in the advertisement must be a true reflection of the company is prepared to pay and the rate they ultimately pay must be in line with the rate that was advertised.

Once the resident labour market test is completed, you must keep a record of all the documents used for the advertisement, recruitment and selection.

The following will be exempted from the resident labour market test.

This list is not exhaustive and other exemptions do apply.

Complete information regarding the exemptions that apply to the RLMT can be found in the Sponsor Guidance and we would recommend that an employer reviews this guidance before assigning a certificate of sponsorship.

MichelleBelle Immigration Solutions have a specialist team dedicated to supporting employers with their Sponsor Licence application, RLMT and immigration compliance duties. For advice on complying with the regulations or if you would like to confirm if someone you wish to employ on a Tier 2 visa is exempt from the Resident Labour Market Test, then please contact us.

What you need to know to obtain a Sponsor Licence